Ⅰ. About the bending machine

The bending machine is an important equipment for the bending and forming of workpieces in the sheet metal industry. Its function is to press the steel plate into parts of various shapes according to the process requirements. The bending machine is mainly composed of left and right columns, workbenches, and beams. The left and right oil cylinders are fixed on the columns. The sliders are connected with the pistons of the oil cylinders and move up and down along the guide rails fixed on the columns. The lower die is fixed on the worktable. The die is installed at the lower end of the slider, the hydraulic system provides power, and the electrical system gives instructions. Under the action of the oil cylinder, the slider drives the upper die to close with the lower die to realize the bending of the sheet. The left and right columns, the workbench and the sliding block (hereinafter referred to as the three major parts) are the key parts of the bending machine. The total weight of the three major parts accounts for 70% to 80% of the total weight of metal fabrication equipment. Its strength and rigidity directly determine the operating accuracy, service life, and accuracy of the workpiece.

Ⅱ. The structure design of the sliding block and worktable of the bending machine

In order to meet the strength and rigidity of the slider, the larger the tonnage of the CNC plate rolling machine, the higher the height of the slider. The longer the slider of the same tonnage bending machine, the higher the height of the slider. When the slider exceeds the transportation requirements, separate or layered processing is adopted to ensure that the weight and external dimensions of each single piece are within the transportation requirements. The two ends of ezhong group bending machine are positioned and swelled tightly by the splint and the pin shaft, and the middle is pre-tightened with flange screws to make the upper and lower bodies become a rigid body. The key is the selection of the upper and lower parting surfaces. The parting surface is selected on the cross section of the slider body that is not elongated and deformed along the length direction. At this time, the pin and the screw are only subjected to tensile force, the force is reasonable, and the connection is reliable. The strength of the connector should be higher when the parting surface is lower or uppe.

There are two separate structures for the worktable of the cnc plate rolling machine. The upper and lower bodies are connected. This structure is mostly used in models with long worktables or gantry columns. The two ends of the parting surface are positioned and swelled by splint pins, and the middle passes Tighten the locking screw. Front and rear split connection is mostly used in C-type column models. It consists of the front body of the table and the rear body of the table. It is positioned by the semicircular block connecting the table and the column. The thickness direction is pre-tightened by the front and rear connection screws. The front and rear split type has no parting surface problem, and the rigidity is better than the upper and lower split type, but the width of the worktable is limited by the delivery and transportation requirements. 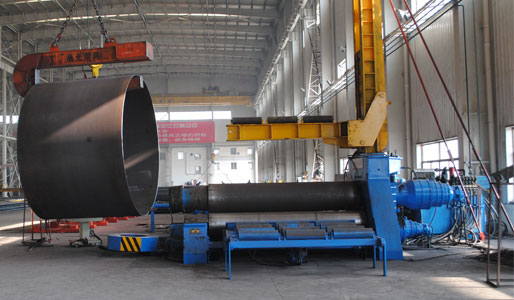 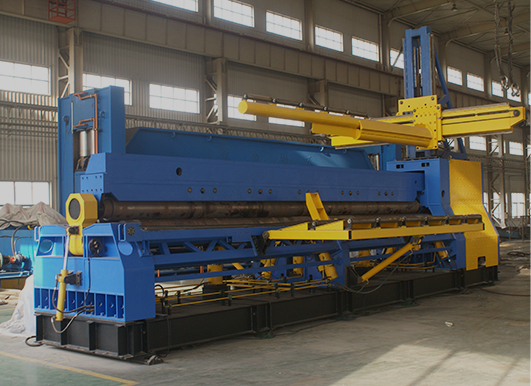 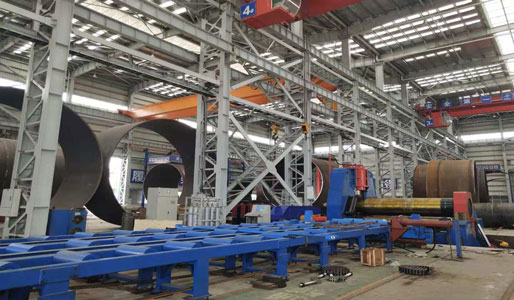 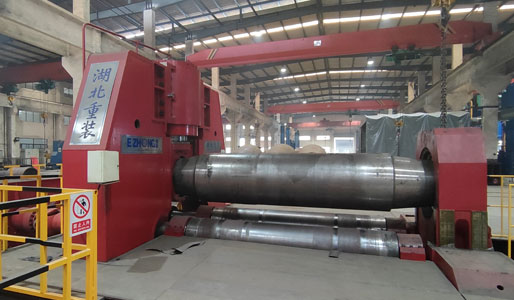